Thank you for submitting a review!

Your input is very much appreciated. Share it with your friends so they can enjoy it too!

This is my 4th gallon. Nothing else works. It really works and is a lifesaver with leaky dogs! Pulls up stains and removes odors. Be sure to soak it good and let it sit before wiping up. Your carpet will thank you! 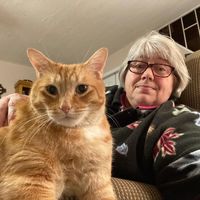 We have a cat that has decided that using the litter box is overrated . This product works well to rid the affected area of feline urine odors. We used the entire spray bottle and decided to order a gallon this time. We are very happy with the product! 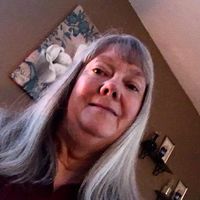 I highly recommend this product!!! I had two cats that I rescued from local humane societies. They grew old with me and both ended up with diseases, one was diabetes and the other was hyperthyroidism. As all pet owners know, when cats become ill, sometimes they start urinating outside their litter boxes. The one with diabetes was a male and he did this every time he had to relieve himself, spraying all over the wall which ran down the wall and into the carpeting. The other was a female and only started going outside her box in the last month or so of her illness before she passed away. Both cats have since passed on and it has been a real struggle getting rid of the odors left behind. I have tried just about every product out there to help with this. Recently, when I commented on a post here on FB about my struggle, someone suggested to me to try this product, saying they had had the same problem and this was the only thing that worked, so skeptically, I ordered some.... a whole gallon, as the problem was that bad and I had no idea how much I would need. The offending areas were along two perimeter walls, with one wall containing a heater element from boiler heating. I used the product as specified and noticed a sharp increase in odor. The directions state that this is normal, so I let it dry and repeated the application. Well, so far I have used nearly 2 gallons (yes, it was that bad) and as of this morning, the smell is almost completely gone! I am AMAZED! Nothing else has even come close to doing this much! I am going to purchase one more gallon, just to be sure. The last application is not completely dry yet and there is barely any odor at all, but some, so I want to have more on hand just in case! I absolutely LOVE this product and would recommend it to anyone!!

This is the 4th gallon I have ordered. Really does the job for dogs that sometimes miss the spot! Cleans up stains and removes the smell.

I'd resigned myself to living in dog ***. ****, *****, I had other things to take care of those, that is, non-runny ****. I tried every popular brand on the market. If I found the stain before it dried, it could get most of it out. So, about 1% of the time. I started with 1 small bottle. In a couple of weeks I ordered a gallon and a power sprayer. Now it's a couple of weeks later and I just ordered 2 more gallons. I live off a small, fixed income so I can't throw money around on stuff I don't need or that doesn't work. So, I'm writing this review to let you know this stuff isn't a waste of money. It's not cheap, but it costs a whole lot less than new carpets! And mine are looking like new again! And I love the fact that this young couple is making it in the US of A!

FurryFreshness Gallon
Share   |   Facebook  •  Twitter
Was this helpful?  0    0
Yes, I understand that I am subscribing to receive
a FF Gallon Upgrade 20% OFF every month(s) until I cancel the subscription.

** You can edit, upgrade, or cancel your subscription at anytime **
Accept Cancel
Processing...
Error